In Memory of
Isaac Romellia
Upshaw
1931 - 2015
Click above to light a memorial candle. 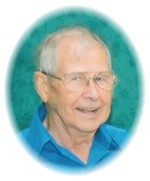 Isaac Romellia Upshaw went to be with the Lord on Sunday, February 22, 2015 at the age of 83. He was born December 8, 1931 in Indianapolis, Indiana to Isaac Romellia Upshaw, Sr. and Orpha (Calvin) Upshaw. He married Helen Banks on April 13, 1958. Isaac proudly served his country in the 179th Regiment, 45th Division of the United States Army, serving as a wheeled vehicle mechanic near the front lines in Korea. He began his career in Indianapolis as a tool and die apprentice with Western Electric and was later transferred to Oklahoma in November 1983 where he worked as a machinist at AT&T. Isaac’s hobbies included coin collecting, fishing and hunting and travelling. He had visited in all but two of the 50 states. He will be remembered as a good man, a loving husband, devoted father and grandpa, and loyal friend who will be deeply missed.

Isaac was preceded in death by his:
Parents;


To send flowers to the family or plant a tree in memory of Isaac Romellia Upshaw, please visit our Heartfelt Sympathies Store.