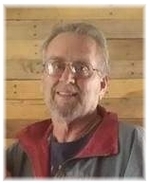 
Freddie Ray Young passed away Thursday, June 30, 2016 at the age of 69. The son of Floyd James and Betty Lou (Tackett) Young, Freddie was born December 19, 1946 in Oklahoma City, Oklahoma. Freddie graduated from Lovington High School, where he excelled in football, basketball, and was a key member of the 1965 record setting LHS track relay team. After high school, Freddie honorably and bravely served his country in the US Army during the Vietnam War. He earned rank of Sergeant and was honored with the Bronze Star, was an ARVN Ranger, field radio operator and survivor of the 1968 Tet Offensive. He later earned his Associates degree in Biology from OU, managed a Blood Bank Plasma Center, owned Bowling Pro Shop at Penn 44 Lanes, and was a tire builder at Firestone. An avid sportsman and fan of all sports, Freddie loved fishing, golfing, supporting OU & Notre Dame Football, NY Yankee Baseball, and any activity outdoors. He was known for his love of Braum’s cheeseburgers, Willie Nelson music, and Joe Montana, but most of all for being an honest, kindhearted and hardworking father and grandfather who adored his children and grandkids. He will be deeply missed.


To send flowers to the family or plant a tree in memory of Freddie Ray Young Sr., please visit our Heartfelt Sympathies Store.