In Memory of
Kenneth Delbert
Quenzer
1958 - 2016
Click above to light a memorial candle. 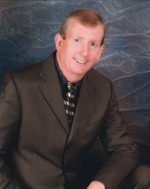 Kenny, 58, entered Heaven’s gates on Oct 27, 2016. The son of Donald Leon & Pearl Lorene (Lucas) Quenzer, Kenny was born July 19, 1958 in OKC, OK. A 1976 graduate of Moore High School, Kenny continued his education at OU where he earned a Bachelor’s Degree in Computer Science. He married his sweetheart, Janet Callum on August 8, 1981 & together shared 35 years of marriage and raising their daughters, Jaime and Kelli. During college Kenny worked for Buchanan’s until beginning his career at OG&E. Kenny was currently working and had been with OG&E for over 35 years where he made many friendships and lasting memories. Kenny had been a member of First United Methodist Church of Moore for 55 years and he was very active at the church until becoming ill. He was also a Stephen Ministry Leader for nearly 6 years and enjoyed his involvement with that group. Kenny enjoyed riding his Yamaha Royal Star motorcycle in his spare time. He will be remembered for his positive attitude and outlook on life as well as his unfailing love for the Lord and his family. As Kenny always said “I choose every day to be happy.”


To send flowers to the family or plant a tree in memory of Kenneth Delbert Quenzer, please visit our Heartfelt Sympathies Store.