Memorial Candle Tribute From
Vondel Smith Mortuary
"We are honored to provide this Book of Memories to the family."
View full message >>>
In Memory of
Quyen
Quan
1934 - 2009
Menu
Send Flowers 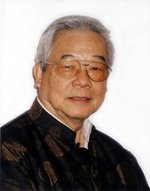 Quyen Quan, 74, passed away Thursday March 5, 2009 in Oklahoma City. He was born in Canton, China on November 5, 1934. He was a loving father whose sole purpose in life was to dedicate himself to his family. He possessed a curious mind that led him to vocations that included dispenser of Chinese herbal medicine and practitioner of Chinese “chiropractic” techniques in his adopted homeland of Vietnam. In 1981, he and 10 family members escaped Vietnam on a fishing boat as one of many “boat people” to Malaysia. For the next twelve months, he and his family endured living in two refugee camps before immigrating to the US and reuniting with remaining family members in 1982. Upon arriving in the new country, he opened Miriwa restaurant in order to achieve the American dream so that his children could have freedom and better lives.
Quyen was predeceased by
• His first wife Xu Huynh in 1998
• And two siblings
He is survived by:
• Muoi Huynh of home
• One sister Tuyet Quan in Vietnam
• Four sons and their spouses, Hung and Phuong; Steve and Hong; Jay and Nicole; and Scott all of Oklahoma City
• Four daughters and their spouses, Sandy and Tom Vong; Amy; Lisa and Paul Cheng; and Ashley and Phi Ma all of Oklahoma City
• And beloved 18 grandchildren all of Oklahoma City
In lieu of flowers, the Quan family requests expression of sympathy be made in memory of Quyen Quan to the Giac Quang Temple.


To send flowers to the family or plant a tree in memory of Quyen Quan, please visit our Heartfelt Sympathies Store.