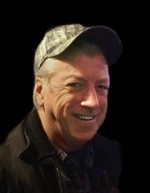 Curtis J. Ulen went to be with the Lord on Thursday, April 13, 2017 at the age of 62. Curtis was born July 26, 1954 in Winnebago, Minnesota to Clayton and Pat (Knowlton) Ulen. Shortly after graduating from Hibbing High School, Curtis honorably served his country in the United States Air Force and during his time in the service he was an Aircraft Maintenance Specialist and Tactical Air Traffic Control Technician. After Curtis was out of the service he became an Air Traffic Controller for the FAA and held that position for 20 years. Curtis had a brief retirement and then was invited to become a contract employee at MMAC in OKC. He married Rebecca Lynn Ward on Feb. 16, 2007 and together they shared more than 10 years of marriage. Curtis was a sports fantastic especially for the Dallas Cowboys. Any sport that had a ball, puck or wheels was for Curtis. He also loved tinkering in his workshop usually fixing things that Becky brought to him. He enjoyed puzzles and actually enjoyed his work at MMAC. Curtis was very kind hearted and willing to help those in need. He cherished the time spent with his family. He will be deeply missed by his family, friends and co-workers.

Curtis was preceded in death by:
his parents, Clayton and Pat Ulen
first wife Pamela.

To send flowers to the family or plant a tree in memory of Curtis J. Ulen, please visit our Heartfelt Sympathies Store.