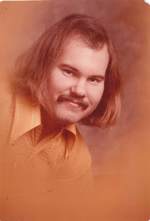 Morris Ray Velo, 64, of Oklahoma City, Oklahoma, passed away July 14, 2018, at Cornerstone Hospital of Muskogee, Oklahoma surrounded by family. He never fully recuperated from a fall in his home a year earlier where he was trapped upside down under his TV for 36 hours.
He was born December 18, 1953, at U.S. Army Hospital in Nuremberg, Germany, son of the late Sgt. Morris Joe and Mrs. Mary Jewell Velo. After arriving in the United States as a toddler, he grew up in Lawton, Oklahoma where his father later was stationed at Ft. Sill Army Base. As he was growing up, Morris enjoyed playing in the creek behind his house, experimenting with chemistry sets, and playing chess. He enjoyed taking things apart and putting them back together to see how things worked. He attended Westwood Elementary, and later graduated from Eisenhower High School in 1972. While in high school he attended Great Plains Vo-Tech where he received numerous awards in auto mechanics there, and at Eisenhower where he also played the cornet in the school band, and was on the R.O.T.C. drill team. Morris worked many years at Ben Leva Auto Supply in Lawton, before moving to Oklahoma City where his love for electronics led him through various ventures in the technology field. He completed the course for large system operations in 1985 from Burroughs Education Program. He also achieved the status of Network Cabling Specialist from C-Tech Associates, Inc. and Lucent Technologies. Morris then worked for many years at Oklahoma Electronic Salvage, and formed Desertway Labs in 1998. The next year he formed Machine Automation Technology and Computer Hardware Corporation. He also worked with High Velocity Systems and Dobson Communications.
Morris was a member of Compass Church in Oklahoma City where his church family prayed for him daily during his recovery. He was a devout follower of King Jesus International Ministries He was grateful to his good friends who would take him to church and run errands when he became legally blind.. He enjoyed visiting with his friends and neighbors, especially about electronics, science fiction, space travel, and the oddities of life.
He is survived by his mother, Mary Jewell Velo of Lawton, Okla..; one sister Mary Angelina and Clifton Dean Randall of Chattanooga, Okla.; 3 nephews Jason and Callie Randall of Arlington, Texas and their children Cooper and Chloe; Justin and Marie Randall of Wynnewood, Okla and their children Kassidy, Kourtney, and Kaedey; and Jarrot and Ashlee Randall of Chattanooga, Okla.
Morris was preceded in death by his father, Sgt,. Morris Joe Velo of Lawton Okla; grandparents Jess and Mary Herd of Jacksboro, Texas; and Henry William and Beulah Velo of Coleman, Texas. Precious, his black cat, also passed away 10 days before Morris. He had rescued Precious from a wall in his work building when he was a kitten, and cherished him for 17 years.
A viewing will be held Tuesday July 24 from 4 – 8pm at Vondel L. Smith & Sons Mortuary in Oklahoma City at 13125 N. MacArthur Blvd.. A private family burial will be held at Sunset Memorial Gardens in Lawton, Oklahoma, July 25.
In lieu of flowers, donations may be made to King Jesus Ministries at 14100 SW 144th Avenue, Miami, Florida 33186 or to Compass Church in Oklahoma City.

To send flowers to the family or plant a tree in memory of Morris Ray Velo, please visit our Heartfelt Sympathies Store.