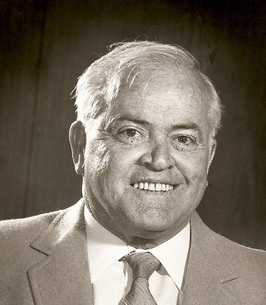 Memorial Candles Lit for Eldon | SEE ALL
Light a Candle
"We are honored to provide this Book of Memories to the family."
— Vondel Smith Mortuary
Funeral Details Memory Wall Photos & Videos Send Flowers

Print
Eldon Cecil Emanuel was born October 22, 1928 in Goodrich, Texas the son of Roy Andy and Lucille Frances (Stokes) Emanuel. He went to his Heavenly reunion on Wednesday, August 1, 2018 at the age of 89.

Eldon served in the U.S. Army during WWII, Korea and Vietnam retiring in 1969 as a Master Sergeant. After retirement, he and his family moved to Lawton, OK where he taught at the Great Plains Area Vo-Tech School retiring in 1994. He was a long time member of the D.A.V.

He was preceded in death by his parents; his brother and four sisters.

Memorials may be made to the Wounded Warrior Project, PO Box 758517, Topeka, Kansas 66675-8517. www.woundedwarriorprojection.org


To send flowers to the family of Eldon Cecil Emanuel, please visit our Heartfelt Sympathies Store.

We encourage you to share any memorable photos or stories about Eldon. All tributes placed on and purchased through this memorial website will remain on in perpetuity for future generations.

H
I am so sorry for the family’s loss. It’s hard to imagine death being nonexistent. May you find comfort however, from the future promise recorded in 1 Corinthians 15:26 which says “the last enemy, death, is to be brought to nothing.” This is a promise from God and we can be certain that he will fulfill his promises. May you also find comfort from Revelation 21:4 which says “he [God] will wipe out every tear from their eyes and death will be no more.”
Hallee - Thursday August 02, 2018 via Condolence Message
Share This:

Cecil will always be remembered with love and the utmost respect by our family. Our thoughts and prayers are with you all during this sad time and we send much love your way.
Vivian, Bob, Mona, Denice and Tammy McPeters - Thursday August 02, 2018 via Heartfelt Sympathies | Order flowers in memory of Eldon
Share This:
1
Page 1 of 1
Share
×