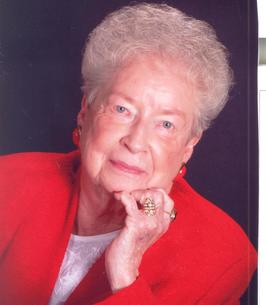 Print
Virginia Ann O’Daniell was born on Aug 23, 1936 in to Johnnie Virginia (Jensen) & Richard Hugh Tarkington in OKC, OK On Oct. 7, 2018 she passed from this life into the waiting arms of her Heavenly Father. She graduated from Capitol Hill High School in 1954. Also in 1954 she married the love of her life Leonard O’Daniell. She served in many teaching positions in her church through the years. She was a Cub Scout Den Mother for both of her sons. She was a Brownie and a Girl Scout leader for her daughter and was an advisor for the OKC Fire Dept. Explorer Post. She was a nurse working at South Community Hospital for over 15 years, until her ill health with Lupus caused her to retire. She was an active member of Southern Hills Baptist Church.

She was preceded in death by her parents;

She is survived by her

We encourage you to share any memorable photos or stories about Virginia. All tributes placed on and purchased through this memorial website will remain on in perpetuity for future generations.

Provide comfort for the family of Virginia Ann O'Daniell (Tarkington) by sending flowers.
Send Flowers
next page >>
Page 1 of 0
Share
×