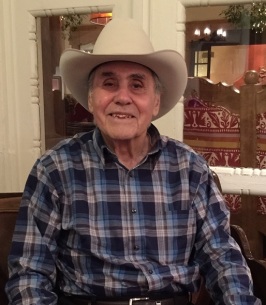 Print
Nieves Ross Aguilar was born July 27, 1929 in Rankin, Texas the son of Thomas and Rosa (Ross) Aguilar. He completed this life on Saturday, November 10, 2018 at his home in Oklahoma City at the age of 89.

Nieves served his country in the U.S. Army. He worked for Owens-Corning Fiberglass for 32 years.

He married Elva Guillen in 1954 in Rankin, Texas. She preceded him in death on June 25, 2012. He was also preceded in death by his parents and his brothers, Jose Aguilar and Ventura Aguilar.

To send flowers to the family of Nieves Ross Aguilar, please visit our Heartfelt Sympathies Store.

We encourage you to share any memorable photos or stories about Nieves. All tributes placed on and purchased through this memorial website will remain on in perpetuity for future generations.

Our thoughts are with the Aguilar family. May the peace which comes from the memories of your father comfort you now and in the days ahead.
Andy and Leslie Zmugg - Tuesday November 13, 2018 via Donation
To: ST JUDE CHILDRENS RESEARCH HOSPITAL INC
Share This: 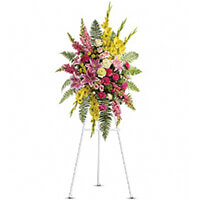 We are so sorry for your loss. May God bless you all as you celebrate the life of Nieves.
Chris and Patty Robinson - Tuesday November 13, 2018 via Heartfelt Sympathies | Order flowers in memory of Nieves
Share This:
1
Page 1 of 1
Share
×