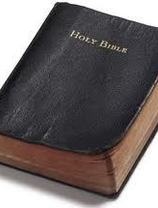 Memorial Candle Tribute From
Vondel Smith Mortuary
"We are honored to provide this Book of Memories to the family."
View full message >>>
In Memory of
Bertha Mae
Urquhart
1914 - 2010
Menu
Send Flowers

Bertha Mae (Kennedy) Urquhart, a loving mother, grandmother, great-grandmother and sister, passed from her earthly home on Friday, October 8, 2010 at the age of 96. She was born October 5, 1914 to her parents, Eber and Rendie (Jones) Kennedy. She grew up in Eufaula, Oklahoma where she met and married Albert Bruce Urquhart on December 15, 1934. In 1959, they relocated to Lawton, Oklahoma where they raised their eight children. In 1985, they moved to Moore, Oklahoma where they remained until their deaths. Shartel Church of God in Oklahoma City was her place of worship until her health no longer allowed her to attend. Although in poor health, Bertha always upheld a positive attitude and good sense of humor to the very end. She will be greatly missed by all.


To send flowers to the family or plant a tree in memory of Bertha Mae Urquhart (Kennedy), please visit our Heartfelt Sympathies Store.

Church of God
The insignias listed here may be subject to copyright and / or trademarked. Those copyrights and trademarks are owned by the respective organizations.
Printable
Share on Facebook