To share your memory on the wall of Charles Adkisson, sign in using one of the following options:

Provide comfort for the family of Charles Adkisson with a meaningful gesture of sympathy.


Charlie, 75, entered Heaven’s gates on August 13, 2019. The son of Odis and Louise Adkisson, he was born on September 28, 1943 in Oklahoma City. Charlie honorably served his country in the United States Army. After his honorable discharge, he returned to Oklahoma City where he owned & operated A&A Cycle Sales for 52 years. Charlie also owned A&A maintenance, and was very successful as a general contractor. On January 15, 1982, he married Pam Adkisson, and the two settled in Oklahoma City raising their family. Charlie worked extremely hard to provide for his family, which was his true passion. He was a generous man, who had an unending love for his family and he will be deeply missed each day. Preceded in death by his parents; and one brother, Allen Adkisson; mother-in-law and father-in-law, Homer and Mary Frazier. Charlie leaves behind his wife of 37 years, Pam; two sons: Bradley Adkisson; Paul Logan & his wife Jennifer; two daughters: Lana Adkisson; Lacy Tolbert & her husband Justin; two sisters: Teresa Ensey & Lawana Osborn; ten grandchildren: Ellisa; Kristen & husband Caleb; Logan; Cayley; Bailey; Paul; Brayley; Gracie; Shelby; & Bradley; one great grandchild; Paisley, expected September 14, and many loving friends.
Read Less

We encourage you to share your most beloved memories of Charles here, so that the family and other loved ones can always see it. You can upload cherished photographs, or share your favorite stories, and can even comment on those shared by others.

Posted Aug 16, 2019 at 11:54am
Charlie was to me a person from my past that as a boy I thought a great deal of, I haven't seen him in many years but I ask about him any time I was at the cycle shop Charlie sold me my first motorbike. I will always have fond memories of the lake trip and the way he treated me, the only regret is that I didn't get to tell him in person. Thanks again Charlie.
Gary Curry
Comment Share
Share via:
JA

Posted Aug 16, 2019 at 08:38am
Charlie was a awesome guy. Never met a stranger. He was a great father n law. I will always remember our talks. Praying for all of the family. Love you guys...
Comment Share
Share via:

Posted Aug 16, 2019 at 12:36am
He was the best papa anyone could ask for always there when you needed a helping hand and always had the answer to everything! He always believed in people even when people didn’t believe in their selves he was always about helping others it’s what made him strive in life! He will be missed dearly!
Comment Share
Share via:
CH

Posted Aug 15, 2019 at 07:22pm
We shared Grandkids with Charlie. Cayley, Brayley & Bradley always spoke Happily of their Papa Charlie to us. Charlie helped us out many a times. He was just that type of guy. Enjoyed many Birthday parties with him. He was always there for the kids. Charlie will be remembered and missed by many.
Phillip and Cathy Hornsby
Comment Share
Share via: 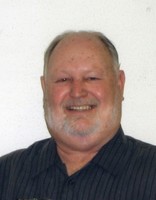 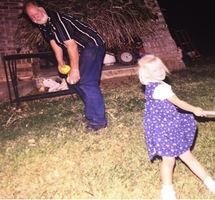 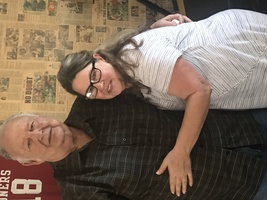 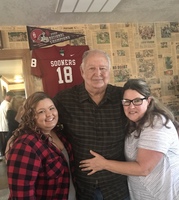