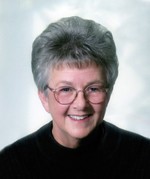 Lynda Faye (Kirkes) Owen of Mustang, Oklahoma, passed away peacefully Saturday, August 24th, 2019 at home with her family near her side. Lynda was born in Tuskahoma, Oklahoma to Jessie Lee Kirkes and Arvella Lavon (Shrum) Kirkes. At a very early age, Lynda learned how to be a hard worker. She helped her family earn a living out in the cotton fields.
In the early 50’s her family moved to Oklahoma City and decided to call it home. Her parents worked hard to support their family. Lynda’s father was a section chief for Boardman Steel Co. and her mother was also active in the workforce all of her adult life. Her parents’ work ethic and devotion to family helped to mold Lynda into a strong loving wife, mother, grandmother and trustworthy friend.
In November of 1959 Lynda met a wonderful man named Bennie Owen. Their first date was a movie and they were accompanied by her father, of course, she was just 14 years old and Bennie was 16 years old. From that time forward they spent every weekend together and in May of 1960 they married in Gainesville, TX by the justice of the peace. From that time, only good things happened which were 3 beautiful children. Her children were perfect according to Lynda. In Lynda’s words nobody could be blessed they way we were. The two were blessed with a daughter Terri and two sons, Bennie, Jr. and David. Lynda and family shared countless memories in Colorado.
For many years Lynda worked at South Community Hospital as a nurse’s aide. Later she moved to a slower paced environment working alongside Dr. Bob Goodman at his medical clinic. In her later years, she and Bennie, Sr. purchased a few NAPA Auto Part Stores which they owned and operated from the early 70’s until the mid 80’s. After she and Bennie, Sr. sold the stores, Lynda took a job as a manager for another NAPA location and retired in 2004.
Aside from working, Lynda enjoyed cooking, sewing and making quilts. She was a wonderful cook and prepared countless meals for her family and friends. She loved the joy of sharing her talents in the kitchen and the joy it brought to others.
The years after her retirement seemed to fly by. Only 5 short years after she left NAPA, Bennie, Sr. passed away and left their family devastated. With the support of her family, friends and her faith in the Lord, Lynda was able to find peace and cope with the loss of her only love. Her grandchildren and great grandchildren were the best distractions during the hard times. She loved on them as much as possible and that seemed to make things easier.
Lynda will always be remembered for her beautiful smile, her giggle, her words of comfort and she was always positive and seemed to never worry about anything.