To share your memory on the wall of Mary Deplois, sign in using one of the following options:

Provide comfort for the family of Mary Deplois with a meaningful gesture of sympathy.

Veronica was on the "cradle roll" at Northeast Baptist Church - where she was first introduced to Tommy Lee Deplois. She married Tom on June 8, 1945. She gave Tommy a Valentine card, we still have, when they were four years old. They have been married for 74 years, but have been sweethearts for 90.

Veronica and Tom made their first home during WWII in Guam, but started their family in OKC soon after. Debbie was born in 1950. She suffered from severe birth trauma and was incapacitated all her life. It was very difficult for them to leave Debbie in the care of others, though they visited often. Nancy was born in 1954 and has been their delight as well as their primary care support in recent years, but more importantly she gave them 3 grandchildren and 5 great-grandchildren.

Veronica was a kindergarten teacher for many years (perfect since she was barely taller than a 5 year-old) , a great cook (her first love was home economics) and a voracious reader.

Veronica passed away after a brief hospital stay on September 26, 2019 - she was 94 years old. She is survived by her husband Tom; daughter Nancy and husband Tony Gardner, all of Norman, OK; grandson Joel Gardner, his wife Courtney and children Brenley and Noah of Blanchard, OK; granddaughter Angi Gardner of Oklahoma City; and grandson Joshua Gardner, his wife Andrea and children Lauraline, Evie and Maia Pearl of Ancaster, Ontario Canada. Veronica is also survived by her brother Jack Cook and wife Jeannie of Piedmont, OK. She was preceded to heaven by her father and mother and daughter Debbie.

We encourage you to share your most beloved memories of Mary here, so that the family and other loved ones can always see it. You can upload cherished photographs, or share your favorite stories, and can even comment on those shared by others.

Posted Oct 01, 2019 at 08:44am
Mrs. Deplois was my kindergarten teacher at Putnam Heights Elementary School in 1965-66. I remember her as a kind and loving teacher.
Comment Share
Share via:
BF

Posted Sep 30, 2019 at 09:47am
Wonderful memories of days gone by and love forever. Rest in peace sweet little lady.

Posted Sep 29, 2019 at 11:20pm
Veronica was always so kind to our daughter and other neighborhood children in the '90's on Spyglass Rd. Many memories of the cul-de-sac street picnics and good neighboring. Sincere blessings to Tom and her whole family. Jim & Melanie Robson
Comment Share
Share via:
SK

Posted Sep 29, 2019 at 07:03pm
Dear Family,
Veronica was one of my most favorite clients, we always had a good conversation during her hair appointment. She always had a smile and quippy sense of humor. She was truly as beautiful on the inside as on the outside. You have my deepest sympathy and are in my thoughts and prayers.
Comment Share
Share via:
BP

To Family: We only met Veronica once when we met her and Tom for dinner one evening with my parents. Tom worked with my dad, Harry "Bud" Koeppel. She was very gracious and sweet to us as strangers. My mom & dad loved Tom & Veronica and it was our pleasure to meet her!! May God bless Tom and the rest of your family!! Beth Koeppel Plant 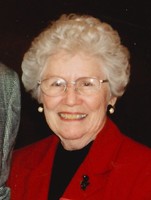