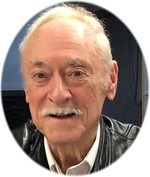 Jimmy Don Robertson Sr. (“Pastor Jim”), 80, passed from this life Sunday, September 29, 2019. He was born January 20, 1939 in Oklahoma City, the only child of Ray Benny and Irene E. (Brown) Robertson. He graduated from Capitol Hill High School in 1957. Jim was married to Carol Duncan of Shawnee, OK on May 31, 1957. After graduation, Jim was accepted into the electricians training school and finished the 4-year program as the top electrical apprentice in the state. In 1964, Jim joined the Oklahoma City Police Department and retired as a Master Patrolman after 20 years of service. Beginning in December 1978, he served as Pastor of Capitol Hill Full Gospel Church in Moore, OK for 38 ½ years. Jim was preceded in death by his parents. He is survived by his wife, Carol Robertson; son, Jimmy Don Robertson II and wife Debra; daughter, Roshella Davis and husband Michael; 7 grandchildren, Kylie (Robertson) Davis and husband Wade, Justin Davis and wife Michelle, Brandi (Davis) Stuck and husband Michael, Jimmy Don Robertson III and wife Hosanna, Cody Davis and wife Brittney, Joe Robertson and wife Alyssa, and Jesse Robertson and wife Sydney; 16 great grandchildren, and a host of cousins and friends. Through his work in law enforcement and as a pastor, Jim touched many lives and made countless friendships. He was on the Executive Board of Independent Assemblies Fellowship for many years. He was fond of his family especially his grandchildren. Jim, Carol, and the kids moved to their country acreage, East of Oklahoma City, and built their present home in 1968. Together He and Carol enjoyed many adventures. They traveled to several European countries and Australia and experienced numerous cruises to Hawaii, Alaska, Panama Canal, Cozumel, Costa Rica, and Jamaica, but Jim’s favorite was the Rhine River from Amsterdam through Germany, France and Switzerland. Whether you knew him as Jimmy Don (family), Pastor Jim (church folks), J.D. (police dept), or Jim (friends) he will be greatly missed.