To share your memory on the wall of Betty Foltz, sign in using one of the following options:

Provide comfort for the family of Betty Foltz with a meaningful gesture of sympathy.

We encourage you to share your most beloved memories of Betty here, so that the family and other loved ones can always see it. You can upload cherished photographs, or share your favorite stories, and can even comment on those shared by others.

Eric and FourPoint Energy Family have sent flowers to the family of Betty Anne Foltz (Summers).
Show you care by sending flowers

Posted Oct 18, 2019 at 08:57am
Dear Emily and Jerrod, Our deepest sympathies go out to you and your family. You are all in our thoughts and prayers.

Posted Oct 17, 2019 at 11:52am
Betty was such a dear friend and I will miss her so much. We used to talk on the phone almost daily and she was always so encouraging to me and fun to talk to. Betty was the first person I met when I moved to Oklahoma City in 1975, my sister introduced me to her at church and Betty has been like a sister to me. We moved apart from each other after we had both got married but found out we lived in the same neighborhood when we were both looking forward to our first child. We have been close ever since and our daughters became close friends and even roommates in college at Oklahoma Christian. We enjoyed birthday parties together, even for the dogs!! I will miss my dear friend but look forward to seeing my sister in Heaven!
Comment Share
Share via: 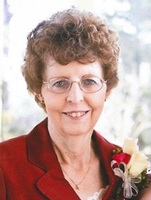