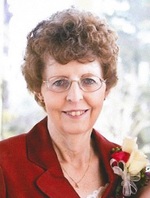 Betty Anne Summers Foltz, age 69 of Oklahoma City, went to be with her Heavenly Father on Monday October 14, 2019. At the age of 69 years 10 months and 4 days, Betty died peacefully at home after long struggle with lung disease.
Betty was born December 10, 1949 at Wesley Hospital in Oklahoma City to Clarence Carroll Summers and Anna Lorene Wilson Summers. To her parents, Betty was a long-awaited gift from God; her parents had been married for 19 years and believed they would never be able to have children. Betty’s mother turned 41 the month that Betty was born. When Betty was 3 years old her Father died suddenly from a heart attack. Betty and her mother Lorene became very close in her adult life, and at times Betty would say her mother was her best friend. Betty was raised by a Godly Mother and was a lifelong member of the church of Christ.
Betty grew up at the 12Th and Drexel Church of Christ, where she was Baptized at age 13. Betty’s interests included going to Church camp at Rock Creek in Norman during the summers. During her teenage years she was a camp counselor at Rock Creek, and on one of her last summers she was voted the Best Girl All Around Camper. Living in Oklahoma City her entire life, Betty attended grade school, Taft Middle School and NW Classen High School where she graduated in 1968.
In the fall of 1968, she entered college life at Oklahoma Christian College where she would meet several lifelong friends. While a student at Oklahoma Christian, Betty was an active member of the College Church of Christ. In the summer of 1969, Betty was a member of the first Oklahoma Christian European Tour. Betty said that European tour was the easiest college credit she ever earned. In the fall of 1969 Betty also went with a group from Oklahoma Christian to the World Mission Workshop in Villanova, Pennsylvania. It was during this workshop she meet her future husband Jim who at the time was a student at York College. Betty earned her bachelor’s degree from Oklahoma Christian in December of 1971.
After college, Betty worked for Oklahoma Research Foundation, TG&Y national headquarters, and Southwestern Bell. During those years, Betty begin attending Mayfair Church of Christ where there was a group of young professionals. On September 15, 1978 Betty and Jim were married at the Mayfair Church of Christ. In 1979 Jim and Betty moved to the Village Church of Christ that later became Quail Springs.
For the next nearly 20 years Jim and Betty were active member at Quail Springs church of Christ. In June of 1984, a daughter, Lori Anne, entered the family, and in March of 1986 a second daughter, Emily Allyce, entered the family. In 1985 Jim was installed as Deacon, and Betty was a great deacon’s wife, helping with VBS and entertaining in her home. In 1997, the family moved to North West Oklahoma City and Jim and Betty begin worshiping with the North MacArthur church of Christ. At North MacArthur Betty was active in the Ladies Class, Brother Keepers, and Welcome Home.
Survivors include husband Jim Foltz, daughter Lori Worcester and husband Allen Worcester, daughter Emily Hardegree and husband Jerrod Hardegree and other relatives and friends.
A Celebration of Life services will be held at the North MacArthur Church of Christ on Saturday, October 19, 2019 at 10:00 A.M. Burial will follow at Memorial Park Cemetery.