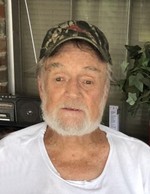 Graveside services for Billy will be held at Heritage burial park at South Lakes on Monday, October 21, 2019 at 2:00 PM.