To share your memory on the wall of Charles "Bud" Mathis, sign in using one of the following options:

Bud passed away following a lengthy illness on Monday, November 11, 2019 in Tulsa, Oklahoma. He was born in Elk City, Oklahoma on October 13, 1933 to Homer & Ima (Wood) Mathis. The family moved back & forth from Oklahoma to Texas & Arkansas to seek out any opportunity to make a living, as many know these were difficult times following the “The Depression.” When Bud was a young boy he recalled that his father worked for a cotton sharecropper in West Texas, while in Plainview, Texas, Bud, at the age of ten, worked for a drug store making a dollar a week, he also remembered at one point the family had a furniture store in Amarillo, Texas. The family finally settled in Oklahoma City where Bud would graduate from Capitol Hill High School, he proudly served in the U. S. Army from 1953-55. Bud was the youngest of the Mathis boys that included Wayne, Ray & Don. Together the family made their living by buying used appliances, furniture & refurbishing them for sale, their first storefront was on southwest 29th street in Oklahoma City, later moving to 301 S. Western where Mathis Brothers Furniture became known as the home of “Fire Blazin’ Prices.” The Mathis Family always shared a love of country music & were all quite talented singers & guitar players, and in the early sixties they created their own local country music program known as “Country Social” aired on WKY TV, hosting numerous well known country singers from across America.
Bud was only 33 years old when he "retired" from the furniture business back in 1966.
He kept the 40,000-square foot building at 301 S. Western Ave. and sold his share of the original Mathis Bros. furniture store to his brother, Don, and moved to Phoenix.
"All I did was wear out fishing rigs and raise my three daughters (Sherrie, Debbie and Anita) for 10 years.”
After Mathis Bros. moved to the new location in 1976, Bud returned to OKC and leased the building to two or three furniture firms, but none were successful.” Bud was convinced he could be successful in this location so he opened Bud Mathis Furniture aka “The Old Store” following an extensive renovation of that building. In his first year he registered more than $3 million in sales. Bud was nominated and received the Furniture Dealer of the Year Award by the Southwestern Home Furnishing Association, significantly he was one of four dealers nominated, with the other three in Texas.
All this goes back, he said, to old fashioned principles, he continued operating at this location until 1987.
Bud always had a new vision & looked for ways of being of service to others he was always willing to give his time, talent, advice & finances in order to help others. In 1993 he moved to Tulsa, OK in order to help open the Tulsa Mathis Brothers Furniture Store, he continued at this location until moving to Arkansas in 1999.
In 2003 he returned to the Tulsa area to help open the Evans Furniture Store. In 2011 he finally retired & moved to Buckeye, AZ where he remained until 2016 at which time he returned to the Oklahoma.
He is remembered by his co-workers as a charismatic & free-spirited entrepreneur.
Bud was one of Jehovah's Witnesses. He was also a 32nd degree Mason of the Scottish Rite.
He is preceded in death by his parents, Homer & Ima Mathis; infant brother Clarence Joe Mathis along with brothers Wayne & Ray Mathis & step daughter Sabrina Parks
He is survived by his loving & devoted wife of 33 years June of Tulsa
Brother Don Mathis
Three daughters
Sherrie M. Kite & husband James Bandel Kite, Jr.
Deborah L. Smith & husband Vondel Scott Smith
Anita Jane Van Cleef & husband Robert Pope Van Cleef, Jr.
Grandchildren; James Bandel Kite, III & fiancé Katie Pickens, Margaret Kite Peterson & husband Rane
Lauren Rene’ Hill & husband Tony, Scott Tyler Smith & wife Nichole, Charles Trevor Smith & wife Summer Lee
Robert Pope Van Cleef, III & wife Colbie, Taylor Trotter & husband Nic
Great Grandchildren; James Bandel “Quade” Kite, IV. Robbie W., Will K. Allen & Jaxon R. Peterson
Trinity Grace Hill, Adeline Faith Hill & Frederick Kemper Hill
Taya, Livia, Ella, Liana & Vayda Smith
Aspen Sage Neff, Parker Lee Smith & Bishop Riggs Smith
Robert Pope Van Cleef, IV, Janie Joy Van Cleef;
Great Great Grandson, Perseus Orion Benton
Step Children;
Paula Lamb & husband Kerry; Tami Holmes & husband Fred; John Parks & his wife Monique; Terry Musgrove & husband Eric
Step grandchildren; Sam Propst, Colton Parks & his wife Kelly; Asti Waters; Bailey Holmes & husband Brent; Sage Willis & husband Russell
Step great grandchildren; Jensen, Avaleigh & Bennington Parks, Cru & Sutton Holmes
Numerous nieces, nephews, cousins & countless friends
Read Less

To send flowers to the family or plant a tree in memory of Charles "Bud" Mathis, please visit our Heartfelt Sympathies Store.

We encourage you to share your most beloved memories of Charles "Bud" Mathis here, so that the family and other loved ones can always see it. You can upload cherished photographs, or share your favorite stories, and can even comment on those shared by others.

Calvin and Cindy Worth sent flowers to the family of Charles "Bud" Mathis.
Show you care by sending flowers

Posted Nov 23, 2019 at 09:01pm
We had the best memories with Bud and June! Going to the warm home they created was a real treat. And Bud would sing often and it was peaceful. Many prayers for all of Bud's family!
Dede Stanley and Family
Comment Share
Share via:
CW

Calvin and Cindy Worth

Calvin and Cindy Worth purchased the Dreams from the Heart Bouquet for the family of Charles "Bud" Mathis. Send Flowers

Posted Nov 16, 2019 at 02:03am
Bill and I Loved dropping into both Tulsa locations just to say hello and have some laughs. He was fun to be around. At Evans we’d see Bud and June working away. I think that was the location-another senior moment .My sis Lyn Nelson loved being in congregation with them in Broken Arrow, OK. See you Bud and my Bill in paradise!!.
Comment Share
Share via:
DK

Posted Nov 15, 2019 at 10:03am
Dear Mathis family please accept our sincerest condolences on the loss of Beloved Mr. Bud Mathis. I recall Mr. Mathis to be a kind fun person. My family lived near Bud’s family in Arizona. I loved seeing him in his Chevy pickup coming down the road. He never failed to wave or stop and say hello. May you all find peace through God’s love, oneanother and from his love for all of you. Sincerely, Dan Kuntz and the Kuntz family.
Comment Share
Share via: 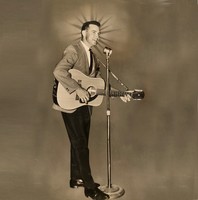 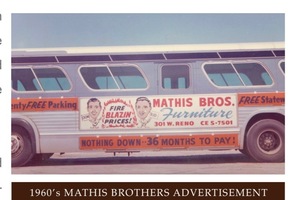 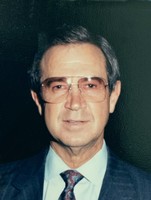