To share your memory on the wall of James "Jim" Wade, sign in using one of the following options:

Print
Viewing & Visitation will be held on Mon from 2- 6 PM.

Funeral services to celebrate his life are 1... Read More
Viewing & Visitation will be held on Mon from 2- 6 PM.

Private family graveside services will follow at the Talihina Cemetery.

Memorials may be made to the General James L. Wade Athletic Endowment at okcu.edu/championsclub or by mail to O.C.U Advancement 2501 N. Blackwelder Oklahoma City, OK 73106.

James L. Wade (94) was born February 14, 1925 and departed to meet his Lord and Savior on November 20, 2019. James was born to Malcolm Delos Wade and Lucille (Lucy) (Cenotto) Wade in Talihina, Oklahoma. He was a proud member of the Choctaw Nation & was recognized as an Outstanding Native Son by the Choctaw Nation in 1976. James, known as Jim to his family & friends, joined the Army Air Corp in 1943, & served in the active & reserve components of the United States Air Force. He served in World War II, the Berlin Buildup, Korean War & Vietnam War. He retired from the U. S. Air Force Reserves in 1978. A highly decorated military man, he received many honors including the Order of the Sword, Legion of Merit Cluster, Distinguished Flying Cross, Meritorious Service Medal, Air Medal with three oak leaf clusters, Air Force Commendation Medal, Presidential Unit Citation with 1 oak leaf cluster, Air Force Outstanding Unit Award, Vietnam Gallantry Cross with Gold Palm, Combat Readiness Award among many others. In 2000 he was inducted into the Who’s Who of Oklahoma Military Men & Women. Jim joined the Air Force Reserves full time in the late 1960’s. He commanded Fighter Groups, Military Airlift Groups & Strategic Air Refueling Wings. In 1976 he attained the rank of Brigadier General. After WW II, Jim attended OCU where he played football, basketball & baseball. He is a Trustee Emeritus to OCU & is in the OCU Athletics Hall of Fame. In 2001 he created the Jim Wade Endowment for Athletics that funds scholarships, needs of the athletics department & the annual Jim Wade Awards Banquet. The facilities for baseball, soccer & basketball bear his name at OCU. He was drafted by the Los Angeles Rams in 1948. He played in the NFL one year for the Rams & New York Bulldogs. After the NFL he was a high school teacher, coach & principal. Aviation was his love & after serving as a corporate pilot he turned to aircraft sales for Beechcraft Distributing & Aero Commander. The many stories of selling airplanes to celebrities & the friendships he developed with them made for great conversations. He was instrumental in the sale of the Jet Commander to the Israeli Government. He worked 2 years in New York City for Israeli Aircraft Industries, Ltd. Upon leaving his work for Israel, he transitioned to full time employment with the United States Air Force Reserves. When he retired from the military, he went to work for the F.A.A. serving in many roles, ending as Chief of the Air Carrier Operations Worldwide Pilot Inspector & Training program. In his career he also served as a Bank President and Insurance Agency President/Owner. More importantly he was married to his wife Billie Jean (Strong) Wade, who he met at OCU, for nearly 61 years. Family was the utmost priority for the General. Nothing was more important than family gatherings to celebrate anything & watching nearly any sporting event. Jim was Billie’s primary caregiver in the last years of her life. This commitment to his wife was an incredible example for his family & a sincere expression of his love for Billie. Thankfully, they are reunited in heaven. He was preceded in death by his parents; wife Billie Jean Wade; sister Margaret Wade & brother Malcom Delos Wade, Jr. Jim is survived by his three children, Sue Wehba & husband Denny, Barbara Girod & husband Ron, Jim Wade, II & his wife Martha. Six grandchildren Scott Girod & his wife Heidi, Tony Girod & his wife Kim, Ashley Armstrong, Tyler Wade Armstrong & his wife Brooke, James Wade, III & his girlfriend Kayla Brandt & Grant Wade; Six great grandchildren; Jackson, Chandler, Jett, Rock Wade Girod, Twins Breck & Kate Armstrong. Additionally he is survived by his sister, Betty Estep & many nephews & nieces. The family would like to offer their special thanks to Bethany Holley, Shannon Horn & Jo Flores for the amazing care they gave the General in the last months of his life.
Read Less

To send flowers to the family or plant a tree in memory of James "Jim" L Wade, please visit our Heartfelt Sympathies Store.

Receive notifications about information and event scheduling for James "Jim"

We encourage you to share your most beloved memories of James "Jim" here, so that the family and other loved ones can always see it. You can upload cherished photographs, or share your favorite stories, and can even comment on those shared by others.

Posted Nov 26, 2019 at 10:47am
Brigadier General Jim Wade was my valued mentor and a staunch friend for many years. While he will be greatly missed, his was a life well-lived.

Posted Nov 26, 2019 at 09:20am
Brigadier General Jim Wade was my valued mentor and a staunch friend. While he will be greatly missed, his was a life well-lived.

Posted Nov 26, 2019 at 08:33am
Brigadier General Jim Wade was my valued mentor and a staunch friend for many years. While he will be greatly missed, his was a life well-lived.

Posted Nov 25, 2019 at 11:12am
You can be proud of his impressive life. Now he is flying with the angels. Love, The McCollum Family Ronnie Mary Kelly, Kevin, Lilly, Briella Summer

Flowers were purchased for the family of James "Jim" Wade. Send Flowers

Posted Nov 23, 2019 at 12:41pm
Jim Wade was my high school football coach at YHS. Everyone who knew him looked up to him, so many who played for him have passed. He was one of the greatest men I have ever met. Thomas Cox aka Johnny Morris. 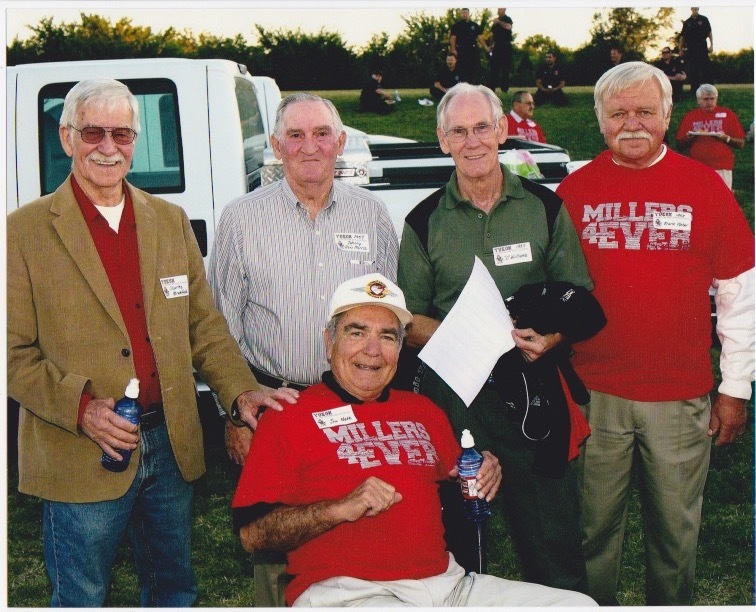 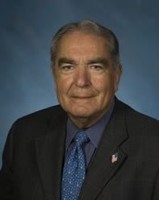 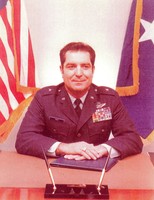 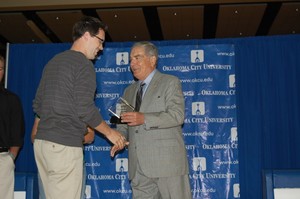 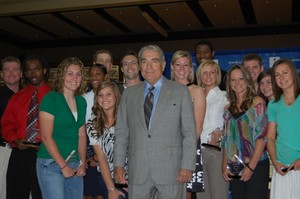