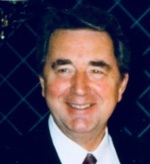 David Pinard passed away on Thursday morning at his home. He had been in declining health for several years. David was born and on a farm outside of Ponca City, OK. He was preceded in death by his loving wife of 48 years, Cheryl Pinard and also by his parents, John and Janie Pinard. He is survived by his three children, Cindi Pinard of Edmond, Cari Olson and her husband Leigh of Oklahoma City, and John Pinard and his wife Jan also of Oklahoma City. He has seven grandchildren, Grayson Smith, Chandler, Connor & Caleb Olson and Blake Pinard and his wife Elizabeth, Blaine Pinard and his wife Amanda & Jaxson Pinard. In addition, he had four great grandchildren, Jonah, Noble, Mile & Sunday. He is also survived by his sister, Reatha Bays of Ponca City, OK. He leaves behind a wealth of extended family and friends. David was at heart a simple man who really just wanted to be around his family.
David loved his family and his God, being an active member of the Kingdom Hall of Jehovah’s Witnesses his entire life. He had a very firm belief in Jehovah God and His Son Christ Jesus. As such, he eagerly looked forward to the fulfillment of God’s promise of the restoration of this earth to a paradise, as he had originally purposed with the Garden of Eden. His family realizes that his suffering has ended and that he is at peace, but will miss him each and every day.
A memorial service will be held at the Kingdom Hall of Jehovah’s Witnesses, 9100 N. Eastern, Oklahoma City, OK on Tuesday, November 26th, 2019 at 10:00am.
In lieu of flowers please make a donation to the Pancreatic Research Action Network. A page has been set up on behalf of Cheryl at http://www.firstgiving.com/fundraiser/cherylpinard/keepthememoryalive.