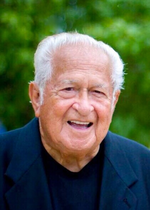 Lou moved with his family to San Antonio Tx where he joined the Air Force at 18 and served during the Korean War as a personnel specialist. He volunteered for assignments that took him to Canada, Germany and London where he managed NCO clubs allowing him to meet many of the great entertainers from the 1950s. An Air Force assignment with the Oklahoma Air National Guard eventually brought Lou to Oklahoma City in January of 1960. He started a family and began a new career in restaurants. During the 1970s, Lou owned a Del Rancho drive-in and the Gridiron drive-in. Lou was a civic leader active in the Kiwanis club helping to serve his community. In 1984, Lou went to work as an aircraft mechanic at Tinker AFB working mostly on the B-52 and KC-135 aircraft. In 1991, Lou returned to Germany to manage the NCO club at the Templehof Airport in Berlin. Lou returned to finish his career at Tinker AFB until his retirement in 2004.

Lou enjoyed spending time with family, traveling, cooking, exercising, sports and sharing stories. He was a loving and proud father. He was an incredibly hard worker. He was a devoted brother. He was a great friend. He knew how to have fun. He loved getting to know people and share his love for life. Lou let everyone know he had a great life.

A celebration of life service will be held 2:00 PM, Dec 14, 2019 at Vondel Smith Mortuary at South Lakes Chapel.