To share your memory on the wall of Regina Luetkemeyer, sign in using one of the following options:


Regina, 95, passed away the morning of November 27, 2019 at her home. She was born the ninth child of Louis W. Thele and Anna (Miksch) Thele, on November 16, 1924. Regina was raised alongside her siblings in Perry, Oklahoma where she graduated from high school in 1942. After graduation she attended business school, and later found her career as a media librarian over many Oklahoma City schools. In 1957 she married her one true love John Luetkemeyer, and the two established their family in Oklahoma City. Regina enjoyed cooking, sewing, crocheting, and loved traveling when time allowed. As a member of St. James the Greater Catholic Church, she served her church in as many capacities as she could. Regina will be remembered for her love of family, and her Godly way of living.

She was preceded in death by her:
Parents
Husband John J. Luetkemeyer who passed January 19, 1963
Four brothers &
Six sisters

To send flowers to the family or plant a tree in memory of Regina Lucy Luetkemeyer (Thele), please visit our Heartfelt Sympathies Store.

Receive notifications about information and event scheduling for Regina

We encourage you to share your most beloved memories of Regina here, so that the family and other loved ones can always see it. You can upload cherished photographs, or share your favorite stories, and can even comment on those shared by others.

Posted Nov 30, 2019 at 10:45am
So many wonderful memories with Aunt Regina. She was always so kind and welcoming. Wishing her peace. Sending love and sympathy. 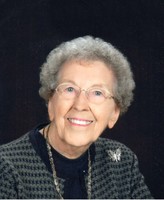