To share your memory on the wall of Wiley Mathies, sign in using one of the following options:

A private family graveside service will be T... Read More
There will be a viewing from 4PM-8PM Monday, March 23, 2020 at Vondel L. Smith Mortuary (6934 S. Western Ave.) Our staff will limit to 10 people at a time but you are welcome to come and go.

A private family graveside service will be Tuesday, March 24, 2020.

Wiley E. Mathies, 86, of Oklahoma City, Oklahoma, went to be with his Lord and Savior on March 19, 2020 after a long battle with cancer. He was born to H.C. and Effie Mae (Gibson) Mathies in rural Oklahoma near Poteau, Oklahoma. He attended Poteau schools and graduated from Poteau High School in May 1952. While in high school, at the local roller skating rink, he met the love of his life, Wanda Jo Key. They were married on May 9, 1953 and were inseparable for the next 59 ½ years until her passing in 2012. Wiley started his railroad career as a Telegrapher in May 1952 with the Rock Island Railroad. His career with the Rock Island required him to pack up his family and move every few years as his career progressed. His last move was to Oklahoma City in June 1969 as a Supervisory Agent. After the Rock Island went bankrupt in 1977, he went to work for the Santa Fe Railroad, retiring in November 1994. He was drafted into the U.S. Army in January 1954 and served at Ft. Lewis, Washington until his discharge in January 1956.

Wiley was a longtime member of Brookwood Baptist Chrurch and served as a deacon for many years. The family would like to thank his church family whose support through the last few weeks have been immeasurable.
Read Less

To send flowers to the family or plant a tree in memory of Wiley Eugene Mathies, please visit our Heartfelt Sympathies Store.

Receive notifications about information and event scheduling for Wiley

We encourage you to share your most beloved memories of Wiley here, so that the family and other loved ones can always see it. You can upload cherished photographs, or share your favorite stories, and can even comment on those shared by others.

The AACER Team sent flowers to the family of Wiley Eugene Mathies.
Show you care by sending flowers

Posted Mar 23, 2020 at 01:15pm
Doug, Teri and Family: Wishing you peace to bring comfort, courage to face the days ahead and loving memories to forever hold in your hearts.

The AACER Team purchased flowers and planted a memorial tree for the family of Wiley Mathies. Send Flowers

Flowers were purchased for the family of Wiley Mathies. Send Flowers 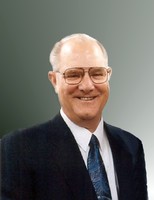