To share your memory on the wall of Martha Brickman, sign in using one of the following options:

Private family graveside services are planned. A memorial celebrating Martha’s life will be held at a future date (to be determined).

Martha Leona (Shanks) Brickman went to be with her Heavenly Father on March 21, 2020. She was 96 years old. Born on July 22, 1923 near Paydown, Missouri to James and Hattie Elizabeth Shanks, she was the third of six siblings.
She was raised on a farm and left home at 14 to go to work as a caregiver for a nearby family. Then at 18 while working at a resort near Fort Leonard Wood, Missouri, she met an Army medical corpsman, Lloyd Brickman of Holstein, Iowa. The two were married on November 7, 1941.
Due to Lloyd’s military service, they were stationed at numerous military bases: U.S. Canal Zone in Panama; Fort Leonard Wood, Missouri; Camp Carson, Colorado; Ft. Sheridan, Illinois, Fitzsimmons Army Base, Colorado, Camp Pickett, Virginia, and Ft. Sill Oklahoma. After leaving military service, Lloyd and Martha lived in Lawton, Oklahoma; Albuquerque, New Mexico; Del City, Oklahoma; San Francisco, California; and Jefferson City, Missouri. In 1977 they retired in Oklahoma City.
While living in Jefferson City, Martha worked at McGraw-Edison Tool and Die. Shortly after moving to Oklahoma City, she worked for many years at Capitol Hill State Bank and Trust Company.
Martha was a faithful Christian servant who attended Oakcrest Church of Christ until recently when her health declined. Her influence led her husband to become a Christian, and her Christian example also led her children, grandchildren, and great-grandchildren to Christ.
Martha is preceded in death by her husband of 56 years, Lloyd; her infant son, Charles; and her five siblings: Freddy, Anna, Eddie, Minnie and George.
She is survived by her five children: Jim and wife, Sharon, of Norman, Oklahoma; Pat and wife, Mariann, of Santa Rosa, Calif.; Barbara Jonas and husband, Cliff, of Montgomery, Texas; Tom and wife, Vicki, of Moore, Oklahoma; and Mark and wife, Marcia, of Oklahoma City, Oklahoma; 12 grandchildren: Shannon Albreski, James Jonas, Jamie Brickman, Stefanie
Brickman, Kristin Hulin, Jason Jonas, Jeff Brickman, Jennifer Cox, Ryan Brickman, Blake Brickman, Taylor Brickman and Katie Brickman; 13 great-grandchildren: Jessica, Skylar and Travis Albreski; Erin, Madison and Jordan Brickman; Jake and Brick Hulin; Kael Brickman; Kinley and Katelyn Cox and Adelynne and Rylin Brickman; one great-great grandchild, Ezekiel Albreski; along with many nieces, nephews, and cousins who will all miss her kindness and generosity, her laugh, her stories, her cobblers, and her example of unconditional love.
The family would like to thank the caregivers at Quality Care Hospice of Midwest City, Oklahoma. In addition, special thanks to Dr. Jerome Mathias and his wonderful and caring nurse, Tracy.
Private family graveside service by Vondel Smith and Sons. A memorial celebrating Martha’s life will be held at a future date (to be determined). In lieu of flowers, please send donations in Martha’s name to Oakcrest Church of Christ, 1111 S.W. 89th Street, Oklahoma City OK 73139
Read Less

To send flowers to the family or plant a tree in memory of Martha Leona Brickman (Shanks), please visit our Heartfelt Sympathies Store.

Receive notifications about information and event scheduling for Martha

We encourage you to share your most beloved memories of Martha here, so that the family and other loved ones can always see it. You can upload cherished photographs, or share your favorite stories, and can even comment on those shared by others.

Posted Mar 27, 2020 at 10:58am
Martha was a very kind and loving mother in law and a wonderful Christian example for her grandchildren. We will see you again one day. Much love......
Comment Share
Share via:
JB

Posted Mar 27, 2020 at 07:20am
Mom, you were the greatest! I am looking forward to meeting up with you in heaven. The best yet is to come. Thanks for the love and memories.
Comment Share
Share via:
JS

Posted Mar 23, 2020 at 01:35pm
Just a note to family telling you how much she meant to me as a beautiful person showing her how she loved and always had a smile and hug for all those she met. I will miss her sweet smile . PLEASE KNOW that we will see her again in Beautiful Heaven. Love to all of you. Shirley Cassity 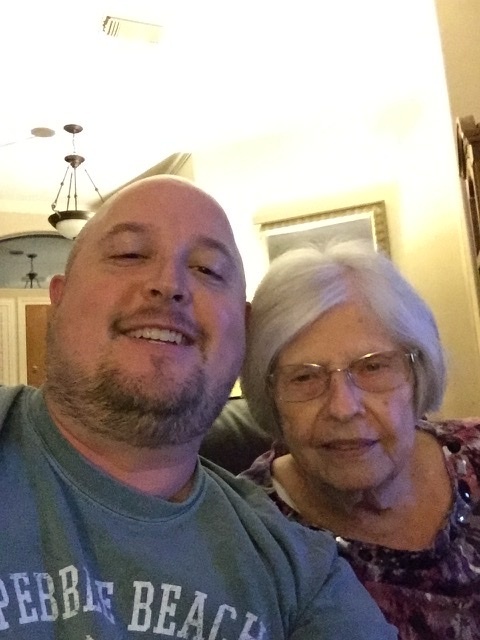 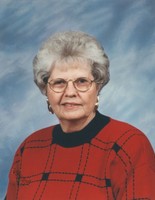