To share your memory on the wall of Jeff Parker, sign in using one of the following options:

Provide comfort for the family of Jeff Parker with a meaningful gesture of sympathy.

Jeff raised his family in Guymon and Hooker, OK. In the twilight of raising his family, Jeff finished his college degree receiving a Bachelor of Science degree from Friends University in Wichita, Kansas.

Jeff was blessed with three sons, Jeremy, Zach and Seth. He worked hard to provide for them and made sure he raised them to be hard working and well-rounded men. In 1989 Jeff began working for Mobil which was the start of a 30 year career with the company. He was persistent over the years as the company merged and morphed. Throughout his career, his advancements and achievements led to his final title as Superintendent of Production Operations for Exxon Mobil's Unconventional Oil and Gas Eastern Business Unit. On Saturday November 30th Jeff, along with his family and co-workers, celebrated his 30 year tenure with ExxonMobil.

Aside from working, Jeff loved being outdoors, whether he was on his tractor doing endless projects, hunting any and all game, shooting targets with kids and grandkids or relaxing with his loved ones on the water, the expected answer for: Where is Jeff, Dad, or Papa was …”he’s outside”. He was also an avid gun collector and has an impressive array of firearms. Jeff really was the epitome of the term “Outdoorsmen.”

Jeff loved his family especially his grandchildren. He spent countless hours chasing his grandchildren’s ball games, loved finding time to sneak away for quick ski, hunting and camping trips, and did his best to fulfill the seeming unlimited requests to ride the jet ski, 4-wheeler, and go-karts. The stories and discussions at the fire pit while roasting marshmallows and hot dogs will be cherished.

Donations in his memory may be made to:
Hooker Bulldog Network care of the Hooker Educational Foundation https://www.guidestar.org/profile/73-1292864
OARC -https://cartercountyhome.com/
Read Less

We encourage you to share your most beloved memories of Jeff Parker here, so that the family and other loved ones can always see it. You can upload cherished photographs, or share your favorite stories, and can even comment on those shared by others.

Richard and Karen Lewis, Russell Gilpin, and others have sent flowers to the family of Jeff Parker.
Show you care by sending flowers

Posted Dec 16, 2019 at 08:27pm
Jeff was a good man and amazing best friend to my dad also a wonderful co work we love you and you will be miss forever and still we meet again.
Comment Share
Share via:
RL

Posted Dec 13, 2019 at 07:44pm
We pray the love of God comforts you during your journey through grief. Jeff was a great friend and coworker, he will never be forgotten.

Posted Dec 13, 2019 at 01:33pm
My deepest condolences to family, friends and colleagues on such a deep loss.

On behalf of the ExxonMobil leadership team, Jeff will be remembered as a hard working, dependable employee and leader with a steady manner; focused on building authentic relationships underpinned by deep integrity...and the fact that anything he was asked to do he found a way to deliver on. He is a great loss to the ExxonMobil family.

As a personal friend, I will miss sharing the joys and trials that life brings us. I will remain grateful for the shared experiences I've had with him and remember him through my actions going forward; emulating his greatest strengths of dependability, humility and discipline which I so admire. 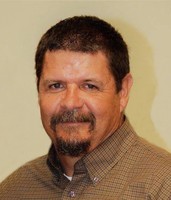 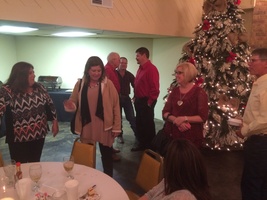 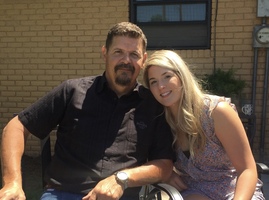 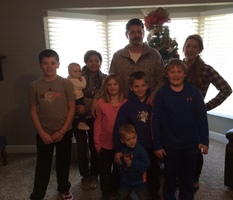